I think we often forget to (pardon the cliche) stop to smell the roses.
We get so caught up in our own little worlds that we often disregard or dismiss the buzzing world around us. It is still important to seek the calm and beauty that is still left within the chaos.

My last three years have been a rollercoaster. I am sure that my fellow classmates and all others that are in the midst of furthering their education can relate to this.
This last semester in particular has been a rocky one for me. I have had some super highs and some scary lows but now that the end is closer I almost regret not taking little moments within my own chaos to really enjoy what I was going through. Stopping to recognize the pure awesomeness of the realization that I am working towards a career within a sector that I not only love but that I AM GOOD AT!
YES I am a good designer!
ME…
I am creative and talented and am surrounded by people that encourage me and help push me to develop my talent. They help support me in during those highs and those lows…
WHY?
Because THEY believe in me.
THEY believe that I have what it takes.
THEY believe that one day I will shut up and stop standing in my own way, with my own insecurities and realize that I AM WORTHY!

I AM WORTHY
I AM WORTH IT
I COUNT
I MATTER

and you do too!
Stop and smell the roses…folks!

TWO OF MY OWN 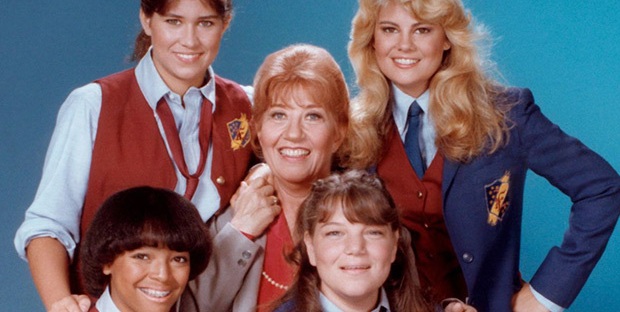 Where did you learn about the facts?

Me?
It was when Darlene quit the basketball team.
Dan and Roseanne were fighting over whether or not this is okay. Dan thinks there is something wrong with her…DARLENE is an athlete, a tomboy, there is no way she would quit the team. Roseanne thinks maybe she is just growing up, changing and that was ok.

I was sitting on the floor of the living room listening to the TV…every once in a while I would look up to see the iconic cast doing their thing but most of my attention was on the crafty project I was working on.( as always). I was probably around 7-8 years old, and in my own little world.

It wasn’t until Darlene blurted out the REAL reason for quitting the team that I lifted my head, giving the teenage girl my upmost attention.

Period? …punctuation? Why would this make her quit? What does grammar have to do with playing sports? …what is she talking about…

It was a long night for my momma

It is sad that it takes so much extra time to find your year of birth when you are scrolling through the dropdown menus while signing up for things. When did this happen?
An exciting time for me these days is Netflix and chills…..as in Im freakin cold all the time and wear socks and sweats to bed. Nothing says come get me like an oversize sweater and PJ pants with hamburger faces on them.

Lets get back to the language of todays kidlets.

A girl I work with said she wants to go to the gym…she wants to look or be snatched.
I stopped what I was doing and asked her to repeat herself. “Do you know what that means”. She proceeds to tell me it means “looks good” or “in shape”….
My mouth was wide open and I told her what that word means to me or what it use to mean to the world….UGH…I am so old.

I FORGOT ABOUT THIS GEM!
One of the assignments we had last year was to redesign a preexisting movie and change it up! I turned Ghostbuster into an Opera. “Operation Ghostbusters!” I created the images in Illustrator. This was one of my favourite projects I have done to date.

I used to be in a band. (the Midnight Roses)
We were a folk/bluegrass bunch of gals who had a the pleasure of touring for a couple of years. One of our “schticks” was that we dressed in more of a retro style..fancy dresses and such. I was always on the look out for a new dress to wear, generally I found most things at our local thrift stores but occasionally I splurged and would go to an actual store.

One of the most “hoity toity” stores where I lived was “the CO-OP”
(weird I know because in every other place a CO-OP is for farm supplies and foods)
….but we were different.

SO I went into the department store and found myself a DOOZY of a dress. It was pink, it was fluffy and it was perfect! I tried it on and it was a little snug but I decided to get it anyhow.
( a case of denial)

Well, the day came where I was going to debut my new digs in a show were were playing the evening. I did my hair, put on some makeup, sucked my body into some spanx. The last thing left to do was to put on my new dress.
I pulled the dress on over my head , wiggled it into place and over stretched my arms to do up the zipper. I stretched and stretched and moaned and groaned and started to finally make some head way, it started to zip up!
Then…
good when to bad…the zipper was stuck! I was like a stuffed sausage. I couldn’t get the sucker up or down my body, it was stuck in the sweet spot, around my round tummy and under my large rack!
I started to sweat, I started to cry and I started to panic! No matter how hard I tried this thing wasn’t going ANYWHERE! I had visions of me running outside to my neighbours to get help or calling someone to come over. But I was alone and I would have to get myself out of this mess. I made my way from the bedroom to the kitchen. I opened the drawer and took out some scissors and began to cut myself out.

(What I am about to tell you next is between you and me!)

Here I sat, a ripped dress around me, sitting on my kitchen floor in my spanx crying and wondering what the heck I was going to wear.

I got dressed, got in my car and drove to the CO-OP where I found myself the next size up of that lovely dress and I exchanged it!

April 30th will mark not only the 35th anniversary of my hatching but also a year of marriage to my one of a kind love! His name is Haitham.
How do you say that? Well when I first introduced him to my family about 3 years ago the way we got people to pronounce it right was to wave your hand for “HI” and give a thumbs up for “thumb” put it together and you have HITHUMB (Haitham).

Having your name pronounced incorrectly on a daily bases would be so annoying (so I thought) but Haitham has been dealing with it for so long that he doesn’t even notice and doesn’t even take the time to correct anyone when he does.

For about a year I was saying his name wrong and it wasn’t until I pointed out that someone else was mispronouncing it ( or so I thought) that he corrected ME! Apparently I had been in the wrong the entire time and he didn’t want to mention it.

He’s a keeper
And I am glad he choose me!

When we first met I was living with my brother and his family. My nieces Miah and Allyia are curious little chickas and had lots of questions for this new man in their aunties life.
Why so curious you might ask? Because my man is from Egypt!

One of the first questions asked ( I shall not point out by which niece) was
“Does Egypt have stars”? My calm, compassionate man resists the urge to mock and laugh and simply says “why yes we do!” The rest of the family hangs their head in slight embarrassment and laughter.
“Are their cars in Egypt” was another question asked. I took the lead on that one answering “No they just ride camels.” You have to smile at the innocents of a child.

KEEPING WITH THE FUNNIES

This was a project from first year.
I generally try to use humour in my work and how better to use it when taking about IMODIUM!